We are the Face of Motherhood: My Story on Postpartum Anxiety 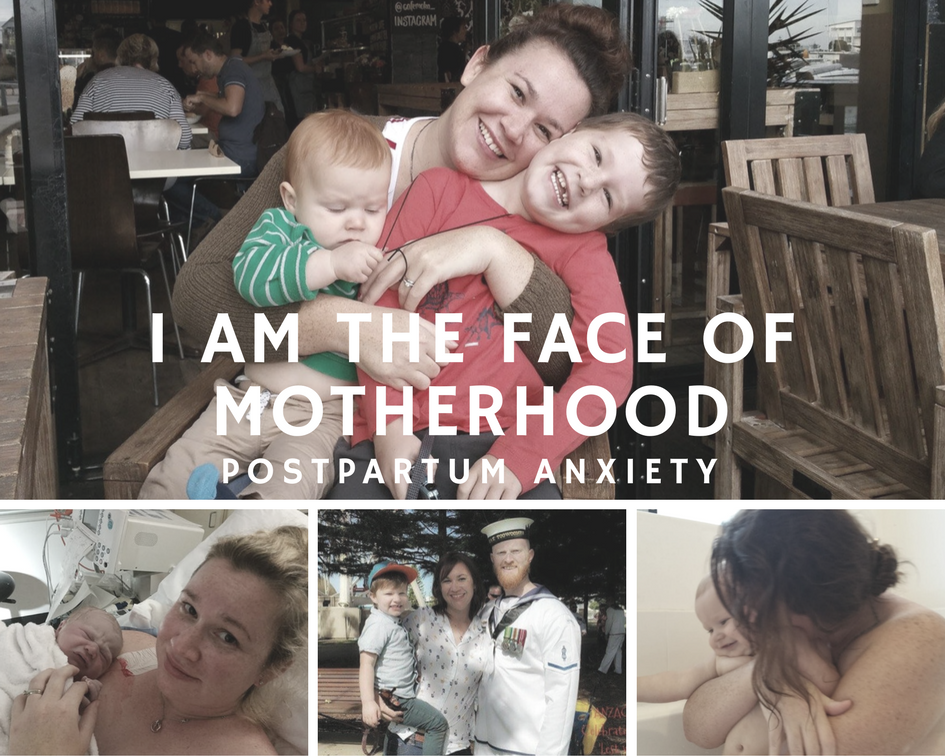 Generally when people think of Mental Health, they think of the stigma that’s attached to it. “Insane, Incompetent, Pity.”   So, I reckon it is fair to say that Mental Health is something that you never like to admit to having.

“Living with Anxiety is like being followed by a voice. It knows all your insecurities and uses them against you. It gets to the point when it’s the loudest voice in the room and the only one you can hear.”

I have always battled some level of anxiety, even from a very young age, that was caused by a situation that was out of my control. Growing up, it’s safe to say that I had a terrible dysfunctional family who exposed me to terrible things like alcoholism and violence. So typically with any form of family violence, it would come in waves of good and bad periods. But what always remained the same was the continuation of the cycle. Looking back, I never really thought that I had anxiety. I was just conditioned to feel that what I experienced was normal. I never approached a general practitioner or psychologist, and my parent’s probably just thought I was an oversensitive child.

So when I found out that I was pregnant with Lucas, the thought of having a child terrified me. I was 27 years old when the pregnancy was confirmed, so I thought I was mature enough to be able to manage becoming a Mother. I was in a stable and solid relationship, content with where my career was heading, and I considered myself a responsible person. But for some reason it did not sit right with me. I remember being told by my Dad to never have children, so there was always this self doubt. Also, I had never been around babies, never changed a nappy, never burped a baby, never taught how to hold them the correct way. So I felt out of my depth!

“More than 1 in 7 new mums and up to 1 in 10 new dads experience postnatal depression each year in Australia.” ~ Panda

By the time Lucas was born, he absolutely without a doubt terrified me. I didn’t know what to do with him. I kept asking myself, “when am I going to love him?”, “why am I struggling?”, and “what is wrong with me?” In all honestly, I just didn’t know how to be his Mum. I was living day to day, with the hope that something might just click. Around ten days postpartum, I developed an extremely high fever, body aches and heavy bleeding; so I instinctively knew that I had developed an infection. I ended up being readmitted into hospital with a bad case of endometritis, which is an infection or inflammation of the inner lining of the uterus. Plus to top things off I had a bladder infection and mastitis. After a consultation with the ED gynaecologist, I was going to be administered a high dose of IV antibiotics and was advised not to breastfeed Lucas. I was told that it would be unsafe and harmful for the him. I was devastated!

My husband remained brave through it all. Even though I was struggling,  Chris was amazing. He just got stuck into parenthood, and kind of carried the load. He managed the task of nursing a ten day old baby on his own whilst I was recovering in the hospital. I remained there for about three days recuperating, and once I finished my course of antibiotics I could start breastfeeding him again. So for about a two weeks I was pumping and dumping and it had a huge effect on my supply, and this caused my anxiety to spiral. In the end anxiety drove me to quit breastfeeding, which is my biggest regret because breastfeeding is something I have such passion for now. A part of me was crushed and I accepted that I had failed as a Mother.

“When you find yourself locked in the bathroom, sobbing on the floor because you’ve just had enough, that does not mean that you have failed as a mother. Being a mother is hard. That is not failure. This is fact. Remind yourself of that.”

When I returned to work, Lucas was about 6 months old, I was unable to fulfil my role. I would spend the morning crying when it was time to drop him off. I remember when I was having buddy training, I ended up bursting into tears because of my inability to cope with the changes. It was pretty embarrassing! Things began to calm down when Lucas became a toddler, but I was still a helicopter parent. Forever holding him back for fear of him hurting himself. Whenever he got sick I mollycoddled him. I was taking him to the doctors for the smallest things. I was just constantly under duress, my poor brain must be fried by the constant arousal of neurons. I constantly doubted myself as a Mum.. But.. I need to remind myself that there was a few challenging factors that most (term used loosely) families don’t face. My husband was away.. ALOT! Most of Lucas life he was absent, which at the time was awful but we had to create a means to an end. We also live in a state which is thousands of kilometres away from family, so being able to reach out for support was impossible.

But it was only within the last 18 months where I have been formally diagnosed by my GP. There were days where I was barely able to function. My worst symptoms were heart palpitations and panic attacks. Honestly, it would literally stop me in my tracks. It was truly an awful experience, but I am so thankful that my husband came with me as support to speak with my GP. These days I manage my anxiety with medication, and blogging has helped ease my stress. It can be very healing.

“Recognising the signs of anxiety is not always easy, as you can have anxiety without the symptoms of having depression. Some symptoms that stood out to me was. Heart palpitations, irritated easily, nausea, difficulty sleeping, dizzy spells, trembling, dry mouth, sweating, feelings of dread.”

So.. let’s stop the stigma of mental health and start supporting each other. If you recognise these signs of a friend or loved one, talk to them about it. Make it apart of conversation, because you never know.. they may have been reaching out to you but never had the courage to start the conservation.

{Do you or someone you know may be struggling with postpartum depression, anxiety, or another mental health disorder? Please contact your health provider including your obstetrician or family doctor. Need more information? Visit PANDA for great information on maternal mental health disorders and more. If you fear that yourself or someone you love may be contemplating suicide or facing a mental health emergency, call Beyond Blue on 1300 22 4636 and/0r visit your nearest emergency department.}