I am fairly certain that our first born son Lucas is a spirited child.. 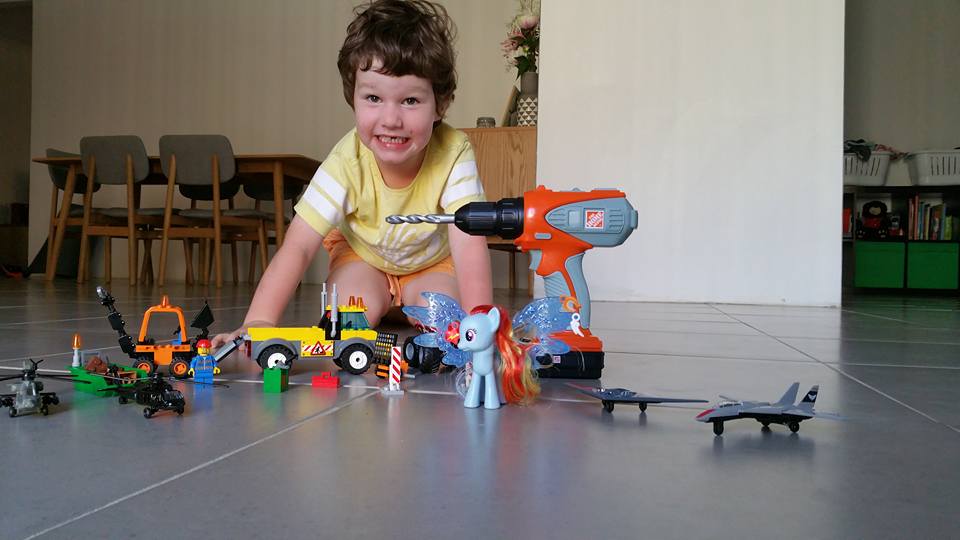 There are days, today included, where both Chris and I are psychologically and emotionally exhausted. Don’t get me wrong as I absolutely adore Lucas, but I am glad to see the back of him when it comes to our bed time routine. Currently, we are going through a phase where he is so adamant on his decision that nothing you can do can change it. Plus now that he has entered the kindergarten age, we are having regular discussions with his teachers about his vivacious behavior.

So what is a spirited child? These are some words that best describe Lucas and his personality..

From the minute he wakes up in the morning to when he goes to bed at night, he is non stop. And I mean non stop! It takes me a couple of hours to function because of sleep deprivation caused by my early morning breastfeeding routine. However Lucas on the other hand can be up from bed at 5AM chasing our kitten around the house. There has been several discussions as to why Henry is terrified of him, and continues to run away when he senses his presence. And when it is bed time, he can still be stuffing around. Sometimes as late as 9pm which precedes even my own bed time. The one time, I remember falling asleep on the lounge and waking with that feeling of being watched. My son was creeping on me, and when asked what he was doing he simply didn’t know. I think the time was 10pm when he was swiftly walked back to his bed.

Lucas doesn’t know much about body language and body awareness. He loves to be all up in your face and is excessively loud. His teacher even expressed concerns about his hearing as he was incredibly loud one day at school. I laughed as its nothing new to me.

One thing that I can marvel about is his intelligence. Lucas picks things up easily, has fantastic diction, and can remember things that even I have trouble with. From when he first started school, his progress has been incredible. However the only downfall is that when he shows zero interest in something then he will refuse to listen. Chris recounted a conversation that he had with one of his teachers. He said that she looked at him with concern and said that Lucas doesn’t pay attention to things that he is not interested in. Chris laughed out loud at her.

Lucas wears me thin, often to the bone, but I can be my own worst enemy though. It’s incredibly hard when your kid is constantly and consistently harping at you for whatever he is wanting at the time. Some days I find it is easier to give in to his demands, so I can have a bit of sanity. But I know that I am trapping myself this way, and it practically backtracks all the hard work I have done to try and remain in control. Not too long ago I ran up the back of the car because he was nagging me for my drink, I took my eyes off the road when we came to a stop to tell him off but my foot wasn’t planted all the way down on the break. Thankfully no damage was caused, but I shed a few angry tears on the way home.

If I decide to change direction whilst driving the car, he becomes confused and irritable with my decision. He will argue that I am going the wrong way, and sometimes has a melt down whilst I am driving. 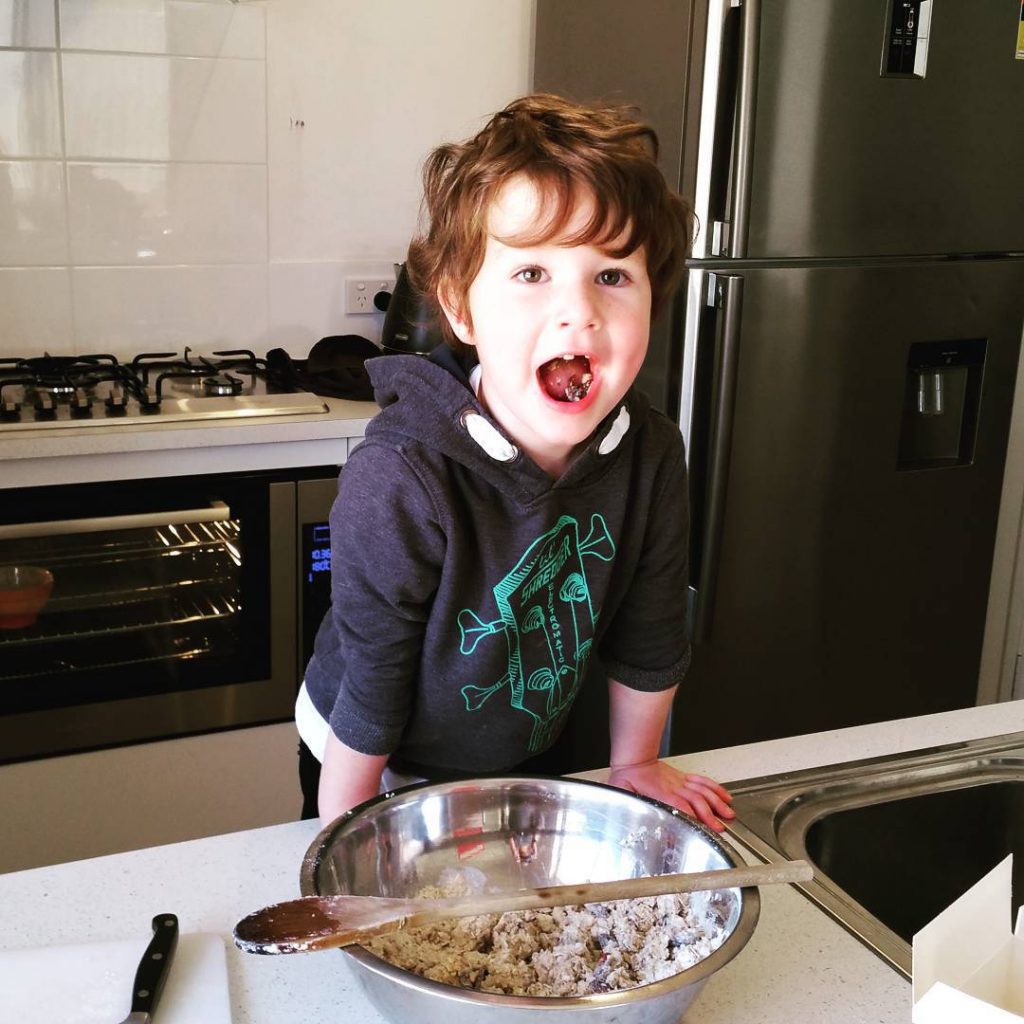 We recognize that Lucas is different from most children, so it can be tricky to find ways to engage with him that doesn’t involve us developing a helicopter parenting style. Disciplining him is the worst as nothing we have done has worked yet. Thankfully he is being assessed by a pediatrician later this month, so fingers crossed we can develop some strategies on how we can nurture his effervescent personality.

Do you have a spirited child? How have you coped?

The birth of Flynn Archer…. 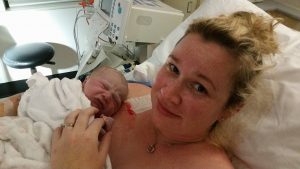 I’m going to tell you a story about my second birth. Now my first child was born almost five years ago, so the details are a bit fuzzy plus it was a bit of a traumatic event for me. So when I found out I was pregnant with Flynn I vowed never to have a birth like that again…

The day I found out I was pregnant with Flynn, I was at the gym and I noticed that my heart rate was escalating. I thought to myself that it was a bit odd, so I did Dr Google on myself and pregnancy symptoms was one of the options. As I was due for my period that day I made a mental note to get a pregnancy test on my way home. When I did get home I told my husband what had happened, and was off to the loo to pee on the pregnancy stick. I waited the ten odd minutes for the results, and it was positive. It was a bit of shock for us both, as we didn’t even try to fall pregnant. I think we only had sex once too, so my husband was fairly disappointed that we didn’t get more practice.

The pregnancy itself was a dream… I had minimal morning sickness, I remained active and I continued to work without requiring time off. However once I reached about 32 weeks, I started having what I thought were braxton hicks. I didn’t think much of them, so I ran a bath and relaxed the best I could. It wasn’t until my husband came home from work that we decided to call the hospital as my contractions were about seven minutes apart. Once at the hospital, I found out that I had developed a condition called a irritable uterus but thankfully I was not going into labor. 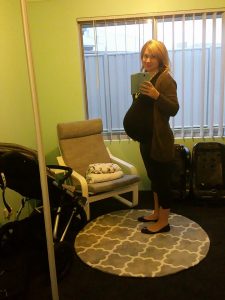 It was touch and go as I approached my due date, with many false alarms but once I reached 39+3 weeks I woke up at 2:30am with a deep pain in my pelvis. Instincts kicked in, and I knew I was in labor. Once 7am approached, the hospital was called and we made our way to the interview room. I was relieved once I was informed that I was indeed in labor and I had a choice that could remain in hospital or go home for a while. I opted to go home, because lets face it hospitals are scary!

Things progressed slowly so I managed to chill out in my bedroom with my laptop watching Netflix. However once it hit midday I knew it was time to get prepared to go back to the hospital. Thinking back, it was pretty funny as my husband had started steam cleaning the car, and he was down to the final seat when I opened up the garage door exclaiming that we need to go right now. Contractions were coming hard and fast and were at least five minutes apart at this point, and once we reached the hospital I was 5cms dilated. I was immediately relocated to my birthing suit, and 20 minutes in I pleaded for an epidural.

I really applaud those who can have a natural drug free birth, but my mind was not in it. When I mentally fell into the pain I became a blubbering mess. And remember I was traumatized from Lucas’s birth, so I really wanted to enjoy this one. Once the anesthetist came and inserted the needle, it was complete bliss for me. I sat back and could gather my thoughts, even joking with my husband and midwife.

The most memorable moment of my birthing experience was when my waters eventually broke. I knew I was carrying a lot of amniotic fluid because at every antenatal appointment my obstetrician scanned it in at the 95th percentile. When it broke my midwife was doing an internal examination to see how I was progressing, and she gently touched the membrane causing it to burst all over the bed. The waters went all up her arms and down her legs. I was horrified, and I think she was a bit too by the expression on her face. 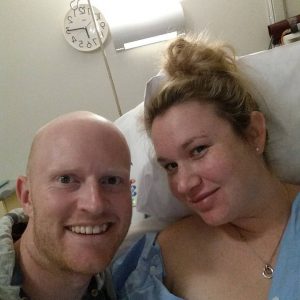 It was almost 6pm when I was told be ready to push. I hoped that I would be lucky enough to have a couple of pushes and out he came. However I wasn’t that lucky! I used all my strength, and pushed for almost an hour and a half. Even though that took a long time, it was half the amount of time I pushed with my first. At 7:34pm Flynn Archer was born and placed straight onto my tummy. I became so overwhelmed and began to sob loudly, and I was crying ‘oh my baby’ over and over. Looking down at my son I couldn’t believe just how small and delicate he was, however I was astounded when he measured in 8lb 9oz.

I was surprised how quickly I bounced back post partum, as I managed to walk back to my room with Flynn in tow. That night I couldn’t’ sleep, I just stared in wonder at my little beauty counting my blessings for having such a healthy baby boy. I was even discharged the following day!

Today Flynn is 3 months old, thriving and reaching all of his milestones.

1 Comment
All content is copyright ©️ Lion Fox and Co. The blog does not share personal information with third parties nor do we store any information about your visit to this blog other than to analyze and optimize your content and reading experience through the use of cookies. You can turn off the use of cookies at anytime by changing your specific browser settings. We are not responsible for republished content from this blog on other blogs or websites without our permission. This privacy policy is subject to change without notice and was last updated on 29 September 2018. Privacy Policy
WP2Social Auto Publish Powered By : XYZScripts.com