Lion Fox & Co are excited to include the lovely Fi Morrison aka Mumma Morrison as our guest blogger. Fi is a 28 year old first time mum to a beautiful baby boy who she has  affectionately called Starfish. She is married to the love of her life, Craig, and even though they practically have no time for each other besides eat, sleep and cuddle Starfish, she loves doing life with him. This is her story..

How I survived the first 6 months of motherhood!

I remember vividly my third night as a new mum. It was the first night my husband decided to go home for a quick sleep (leaving at midnight and returning around 6.30am), trying to get adequate sleep at night so he could then take our son during the day so I could get some sleep (which worked better in theory…). I remember sitting in bed holding our newborn son. He didn’t like sleeping in the bassinet, so we would cuddle him to sleep and then try and put him down gently after he’d drifted off, praying he’d stay down. That obviously meant the holder couldn’t sleep, making for our sleepless nights.

On this particular night – the third, ‘notorious for baby blues’ night – our son didn’t want to sleep. He wanted to be fed; no wait, he wanted to be changed; hang on, he wanted to cry just for the sake of it. He may have had an hour of sleep around 1am in the morning, in my arms, as I desperately tried to stay awake watching awful TV shows (because clearly programmers don’t consider first-time parents in their programming schedules!). I made it until about 5am, when the floodgates opened and I bawled my eyes out. Big, uncontrollable, fat tears streamed down my face. I messaged my husband telling him to come in ASAP. When he walked in, I passed him our son and curled up in a ball on the bed to sob. Even though I was told by the nurses that this was normal (Day 3 is always the ‘hardest’, apparently), it didn’t make it any easier to cope with, and I felt awful about the whole thing.

Fast forward a few weeks, and I was trying to adjust to life with my baby boy. He had the loudest cry I had EVER heard, and while I was over the “blues” part of my postpartum recovery, my anxiety was only beginning. His crying and fussiness was getting so bad (although again apparently ‘normal’ between 6-12 weeks), I was afraid to leave the house. I decided it was much easier to just stay at home with him where I wouldn’t get flustered if he had a big cry than to try and venture out, risking a massive baby meltdown.

The first few months were tough. Even after my son’s fussiness plateaued around 3 months, and he became a happy baby (the complete opposite of his previous months), I still struggled with going out, fearful that he’d regress and lose it out in public. So how did I manage to survive the first 6 months?

What are your tips for surviving the first 6 months of motherhood? Did you have something that helped you to get through this new chapter of life?

Lion Fox & Co would like to welcome with open arms Instagrammer Lanni Cordwell, otherwise known as @mumandmila. She is 38 years old and has been married to her husband John for 6 wonderful years. Her beautiful Mila was born 6 months ago, which required plenty of anticipation and planning. Lanni explains in her blog that love, marriage and children is generally the sequence of a relationship however falling pregnant was not an easy task for Lanni and her husband John. This is her story.. 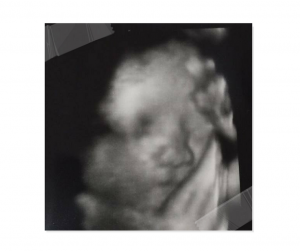 I have always dreamt of having children, even from a very young age. I was an au pair then a nanny abroad for 10 years in the USA since I was 18 years old. Being around children was always a part of my life. 2 years into my marriage we decided it was time to start a family. I was going to be 33 years of age and I was ready. I was very excited and scared especially when I was very close to the 35 years old older woman bracket. I knew it would be harder but boy was it a lot harder. It was not easy but I was determined and I wanted to be prepared. I read up on when was the best time of the month, what positions, even down to the time of day. I went on Elevit, took multivitamins. I brought boxes after boxes of ovulation tracking kits. I downloaded and purchased tracking apps. It was months and months of using the kits and apps, tracking my cycle and a whole lot of sex.  We even had morning sex for a whole week because I read somewhere it was peak timing for sperm. I also laid in bed afterwards for 30 minutes with my legs up in the air making sure no sperm would escape. But nothing. Pregnancy test, after pregnancy test it all read negative, all just with one line present. I felt defeated. John was tired but I could see the look on his face. He felt bad. He knew I was hurting, even though I told him I was fine. It will happen I said to reassure him, but I was saying it to reassure myself. I had faith. But he knew, he knew I was tearing up inside.

After years of trying (2 years have passed now) and constant questioning from family, friends and strangers we went to our doctors to discuss what we could do.  He referred us to a fertility clinic called Fertility North and told us to book an appointment. We went to our first appointment and both of us were nervous to meet our doctor, Dr Vince. Lovely man Dr Vince Chapple was very nice and very straight forward which we loved, putting us at ease. After Running through our history and telling him that we haven’t used birth control since we got married, Dr Vince said that getting pregnant was easy, but the fact was we had been trying for the last 4 years and had been unsuccessful. It was the most heart wrenching thing to hear. I had so many thoughts going through my head, how could this happen? But I was meant to have kids, was it because I waited too long to have kids? What was wrong with me? My head was racing. I had so many questions. I always had that perception that having babies was such an easy thing. I mean 18 year olds were having them, my mother had 4 kids. Both my sisters had 2 kids. How hard could it be? The question of what was wrong with me kept creeping back. John and I both blamed ourselves and we both were feeling down.

As we sat there, both of us fighting back tears Dr Vince explained the process of what’s next? He said there were to be tests, lots of tests that we had to go through. He explained that it was a very expensive process, not just the IVF process itself but all the testing as well if we decided to go ahead with everything. There was no question, we wanted to have kids so we agreed and we got started. There were consent forms to fill out, finance appointment, a counselling session and numerous nursing appointments.  Then the testing started for both John and I. Lots of test, blood tests for both of us, lots of blood, urine tests, semen testing. John had to do his business in a cup. It seemed endless but finally the results came in. There was bad news and good news. First the bad news. John had a very low sperm count and that the percentage of uncorrupted sperm (basically good swimmers) was very low. I had endometriosis. Endometriosis is a disease in which tissue that normally grows inside the uterus grows outside of it. The main symptoms are pelvic pain and infertility. That explains the very painful period pains I have always experienced. Good news was that endometriosis can be removed through surgery and we could work with a low sperm count.

First step I had to have surgery and get my endometriosis removed. Done. Next John was told to go on Melevit (male elevit). He had weekly test to check on his swimmers. He said it was very awkward, knowing what he had to do and that people knew what he was doing. Months of being on Eelevit worked. His count had increased by 300%. Great we were on our way! Nope, more tests. I had blood tests every other day to check my estrogen levels. They had to be high enough to get my body right for the harvesting of my eggs. This took a few months because my levels just didn’t seem to get high enough. I had to go back on the pill to increase my levels. How weird to be going back on the pill when we were trying to have a baby! So more waiting, more extra stress. We got through it though. We had to stay positive, we had our eyes on the end game. Finally the pills took affect and my body was ready after being on it for a month.

Next step, egg cultivation. This was one of the hardest parts of the whole process. I had to do daily injections to grow my eggs. This was a no go zone for John. He hated needles. Luckily I was ok with them. I had to inject myself at exactly the same time every day for 12 days. Then came the ultrasound to check on the growth of the eggs (follicle tracking). They had grown to a good size and I had 10 eggs in each ovary. The eggs were at final maturation and needed a trigger (final injection) to get them ready for collection. I was booked in for my egg extraction surgery. It was a day surgery, under general anaesthetic. Every follicle is drained and flushed. No stone left unturned. While my eggs were getting extracted, John needed to give his sperm so the process of fertilising the eggs could commence. They told us fertilisation was complex and dynamic. In simple terms, there was no guarantees. They were to call us on our results. More waiting, more worrying.

We received the phone call the next day, we had 6 embryos that were successful, and one was of an A+ status that was ready to go. Pure joy, tears of happiness, looks of love. We were so close. The day was finally here. We made the appointment for the insemination. All the hard work, all the doctor appointments, all the tests, all the needles, all the tears, all the heart break, all the road blocks and all the fees, oh my gosh the fees! it had finally led us to this moment. The day that would change our lives forever. 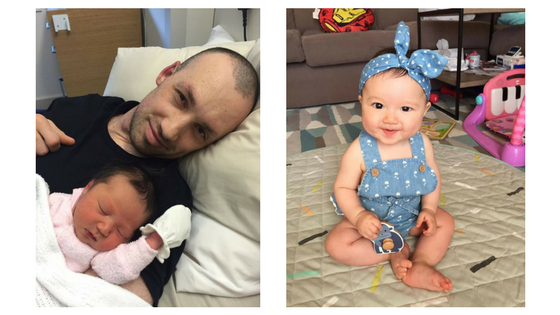 Comments Off on Making a Baby – Guest Blogger Lanni Cordwell
All content is copyright ©️ Lion Fox and Co. The blog does not share personal information with third parties nor do we store any information about your visit to this blog other than to analyze and optimize your content and reading experience through the use of cookies. You can turn off the use of cookies at anytime by changing your specific browser settings. We are not responsible for republished content from this blog on other blogs or websites without our permission. This privacy policy is subject to change without notice and was last updated on 29 September 2018. Privacy Policy
WP2Social Auto Publish Powered By : XYZScripts.com